A revolutionary new brush that uses air to effortlessly glide through hair. 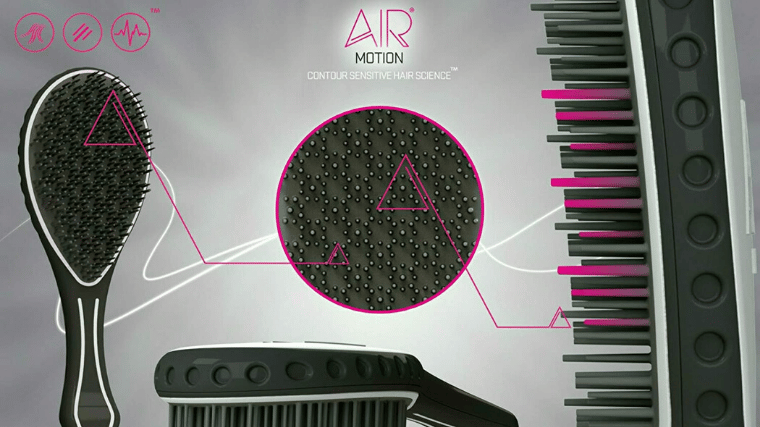 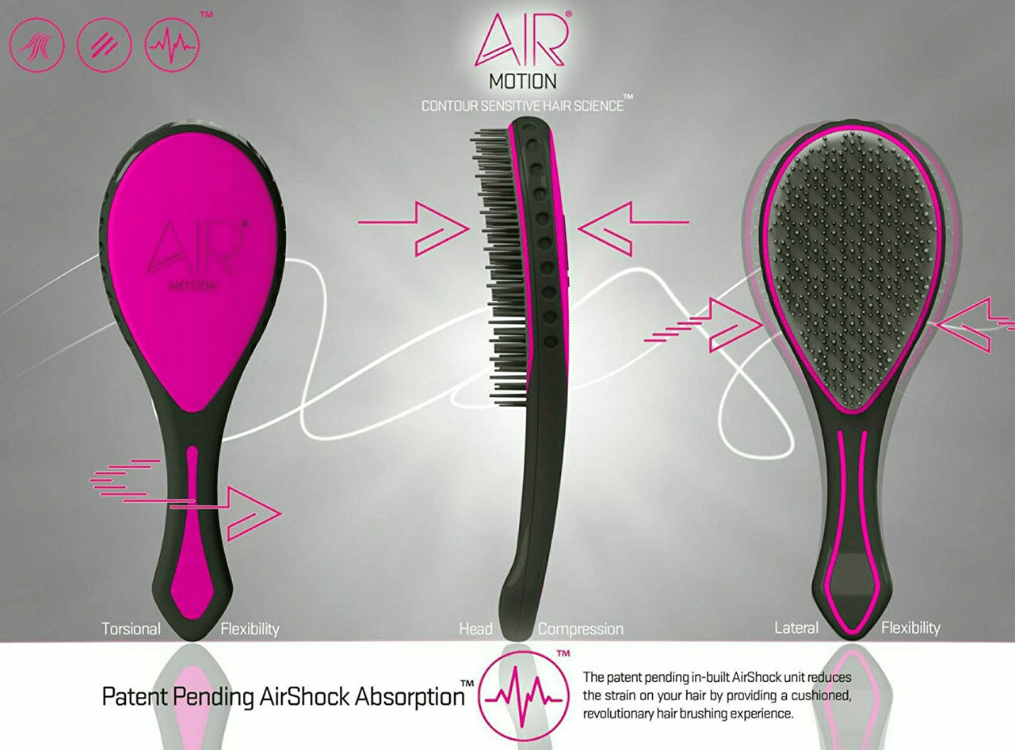 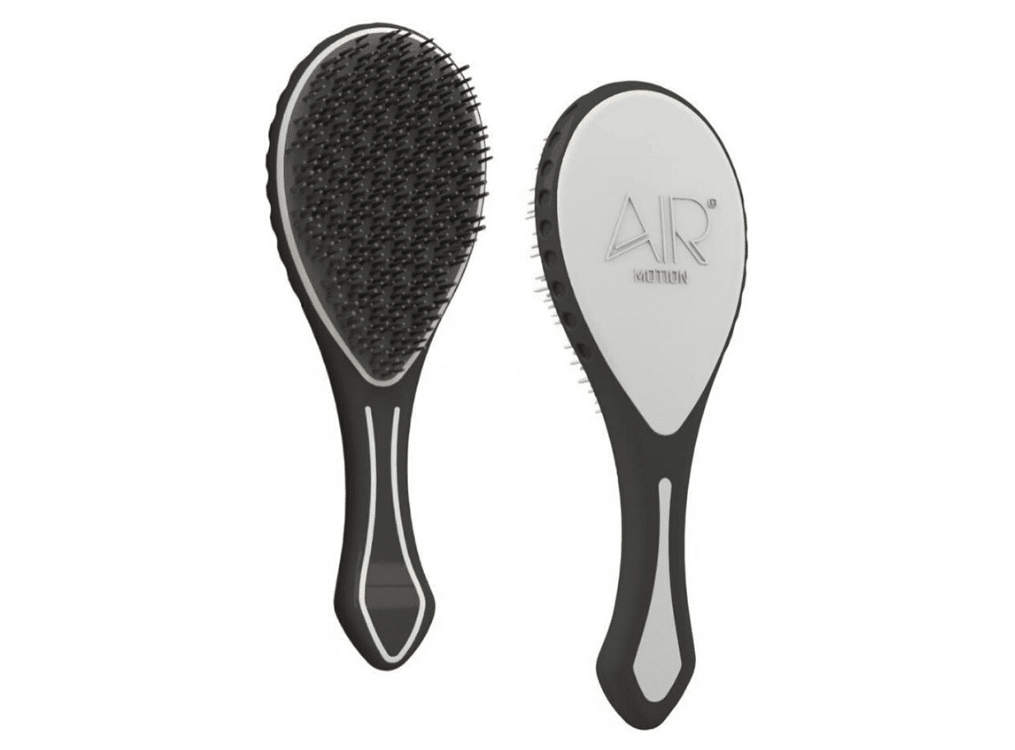 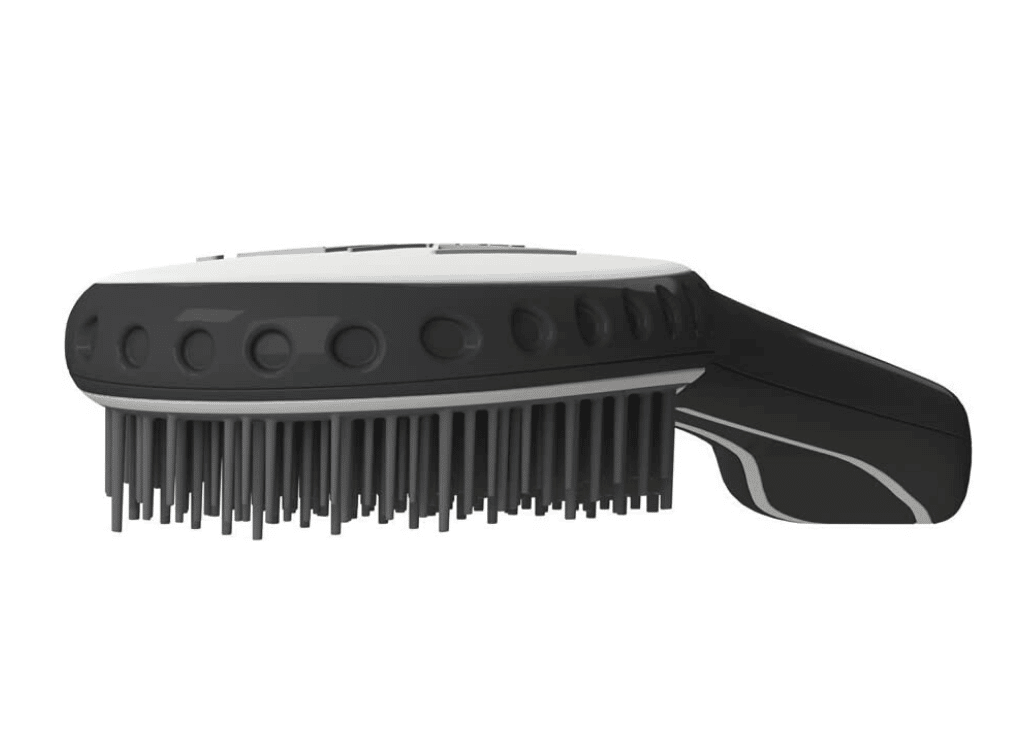 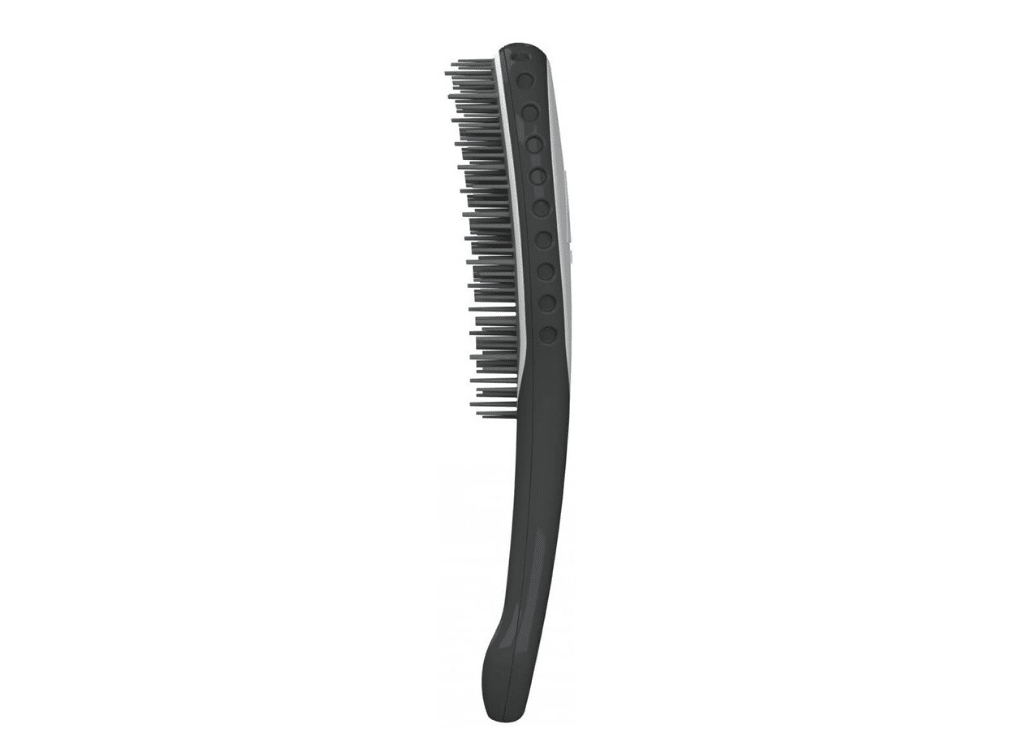 The client had an existing company that sourced hairbrushes, when he had an idea for a detangling hairbrush with a shock absorbing layer. He took this idea to Chinese manufacturers who made a prototype that did not meet the client’s requirements. As a result, he then decided to develop his product with a UK design house to ensure a quality final product that functioned to his expectations.

D2M continued to support the client through production of manufacturing samples and material selection as the bristles proved reasonably complex to mould effectively. Our client is in the process of signing distribution deals across Europe and has already secured a distribution deal in the US. As of January 2014 he has sold 20,000 units, over half of which came through D2M’s retail network in the UK.

D2M started by making some rough mock-ups using existing hairbrushes and sheet material to prove the shock absorbing concept before then moving into sketch and Computer Aided Design development, refining the overall form to the client’s vision. D2M referred the client to a government innovation funding body and during the course of an hours’ meeting, managed to secure a £6500 funding grant toward the later stage of the project.

D2M referred the client to one of our IP partners who then advised on drafting and filing a patent application, a registered design and trademarks. This proved highly necessary as, later in the process, one of the client’s distribution partners was approached by an American retailer who was
attempting to rip off the product. At this point, Brand Refinery was introduced to the client to help develop the brand identity of this innovative new product.

BR developed packaging concepts and D2M produced the packaging samples. Consultation with manufacturers helped to ensure that the design was developed for cost effective production using over-moulding techniques. The CAD model was adjusted to suit these techniques and by this point Brand Refinery had renamed the brush and developed a logo that was included on the 3D virtual model.

An initial presentation prototype was moulded using soft silicone mould tools to check the product’s assembly and final appearance. Brand Refinery were engaged to promote the product to retailers in order to gain sales before committing to tooling and production. D2M produced a further ten presentation prototypes in collaboration with our preferred prototyping supplier, STAR Prototypes, which were then sent out globally by BR and the resulting confidence that came from the retailer feedback meant that the product went into production very rapidly with one of D2M’s preferred manufacturing partners in the Far East.

Do You Love What You See?